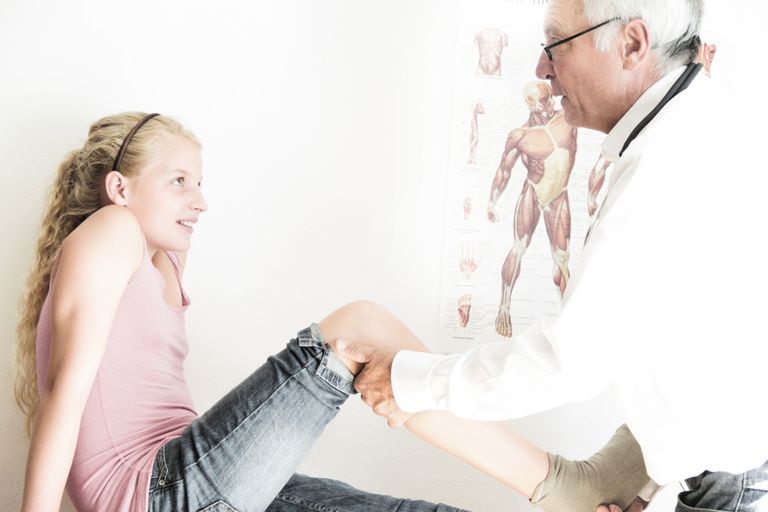 Foot, ankle and leg problems are often considered to be growing pains in children in the bone and muscles of the lower extremity. While in a small number of cases this might be true, in a majority of the cases the pains that plague these children and teenagers may be caused by lower extremity malalignment problems.

The cause of growing pains is unclear. It is often mistakenly thought that the pain is caused by the growth of bones. Yet bones grow slowly, even during growth spurts, and this slow growth does not cause pain.

Some children have growing pains on and off for many years, but usually they go by mid-adolescence. For some children, there is more pain after they have been doing a lot of running and playing, but not all children have this pattern of play then pain.

The pain may be due to:

If your child is limping, is complaining of pain during the day, is unwell or if the leg is sore to touch, you need to get your child checked by a Podiatrist. They may have an infection or an injury.

Symptoms of Growing Pains in Children

The symptoms of growing pains include:

Many children who have been diagnosed with growing pains have primary causes that can be addressed with great success. Many of these children are not able to keep up with their peers during activity due to pain and premature fatigue and ultimately this may affect their self-esteem. They become more likely to sit at home or participate in sedentary activities. They are less likely to participate in sports. Inactive children usually become inactive adults who may become overweight.

What age do children get growing pains?

Occasional aches and sharp, throbbing pains are very common in children between the ages of 3 and 5 and then again between 8 and 12. Kids most often feel growing pains in the legs, especially in the front of the thighs, behind the knees, and in the calves.

Treatment of growing pains may include:

Podiatrists at The Foot and Ankle Clinic have vast experience in assessing and treating Growing Pains and typically this treatment is very successful but involves a multifactorial approach. We also prescribe and supply a wide range of treatment aids to assist with rehabilitation and prevention of Growing Pains.

At the Foot and Ankle Clinic our highly qualified team of Podiatrists are all members of the Australian Podiatry Association and offer a combined 50 years’ experience. They are trained to diagnose and effectively treat Growing Pains via a range of treatments.