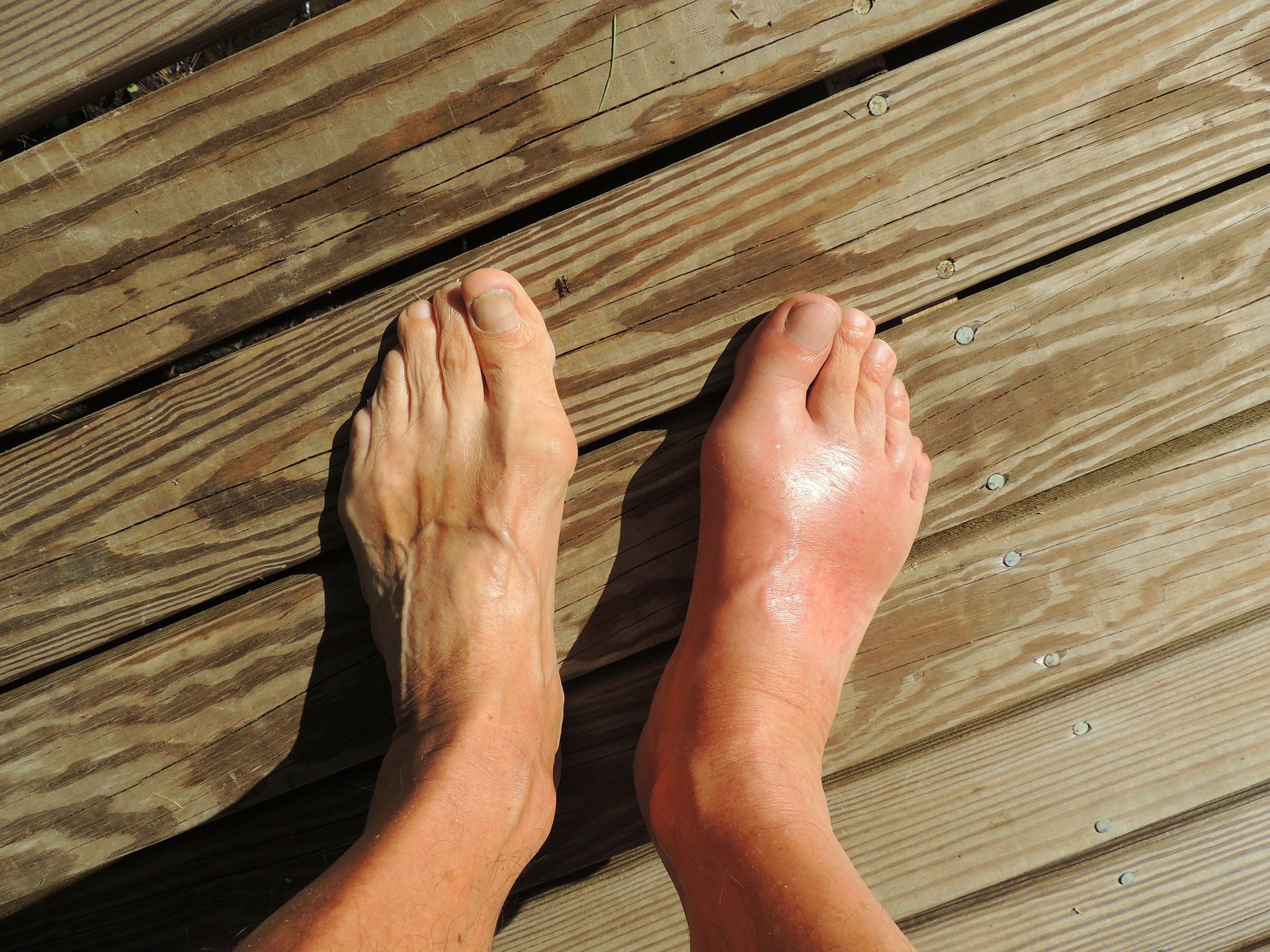 Gout is a painful inflammation of a joint. The big toe is the joint most commonly affected, although the hands, wrists, knees, ankles, elbows or any other joint can be affected.

Gout is the result of a build of waste material called uric acid, which forms tiny crystals in some of the joints of the body. Uric acid is normally found in the blood of all people, and comes from the breakdown of cells, DNA and from the food and drinks we consume each day.

Uric acid is mostly excreted by the kidneys. Too much uric acid builds up in the blood either because it is not excreted quickly enough or because too much is being produced. This excess can end up in the joints as crystals (called ‘urate’). These crystals can cause sudden and severe inflammation of the joint.

Gout is uncommon in women before the onset of menopause. It is more common in men than in women, and in older people than in younger people, but can affect anyone. 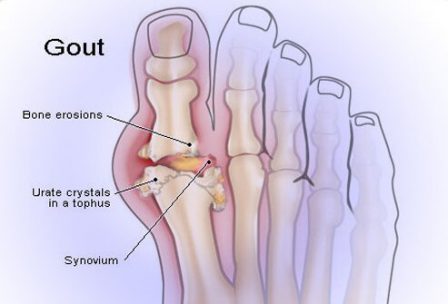 Apart from sex and age, gout is most common in people who:

Gout can also affect people with certain types of blood disorders (such as the blood cancers leukaemia and lymphoma) and people being treated for cancer.

Prompt treatment will help relieve the pain and inflammation of acute gout.

Frequently, attacks of gout can cause irreversible damage to the joint and the nearby bone. This is one of the main reasons people suffering gout should seek medical help.

The symptoms of a gout attack include: 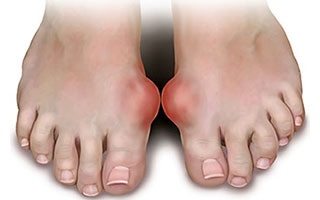 A person is more likely to develop gout if they have high levels of uric acid in their body, a condition known as hyperuricaemia. 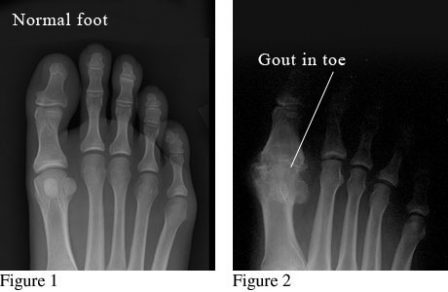 Things that can increase levels of uric acid include:

Management of other medical conditions that can increase the chances of developing gout, such as excessive alcohol intake, high cholesterol, high blood pressure, diabetes and obesity.

At the Foot and Ankle Clinic our highly qualified team of Podiatrists are all members of the Australian Podiatry Association and offer a combined 50 years’ experience. They are trained to diagnose and effectively treat gout via a range of treatments.